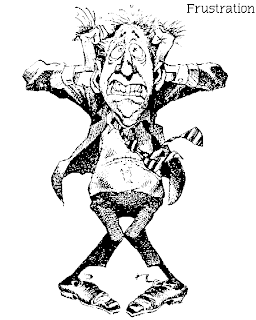 A dear friend of mine recently gave me the book The Best of Ogden Nash.  What fun to peruse these funnies!  Here, for your mid-week boost are a few of the quotes that jumped out at me.  Read.  Grin.  Share.
"Happiness is having a scratch for every itch."
"If you don't want to work you have to work to earn enough money so that you won't have to work."
"A door is what a dog is perpetually on the wrong side of."
"The bed is a bundle of paradoxes: we go to it with reluctance, yet we quit it with regret; we make up our minds every night to leave it early, but we make up our bodies every morning to keep it late."
And, of course:  “Candy is dandy, but liquor is quicker.”
What's your favorite? This is where I've been -- at least mentally -- for the past few months.  As I've eased into my sabbatical, I've fully immersed myself not only into uninterrupted writing time, but into some luxurious amounts of personal R&R time.  And I cannot recommend the practice enough!  Down time, my friends, is not overrated in the least, but is the necessary balance to productivity.  So, take some time to sway in your own virtual hammock, especially if you have big projects looming . . . and let me know how you fared.