﻿
With so much to really talk about – the economy, the worsening state of national education, the growing divide of the classes, our country’s crumbling infrastructure – many of the country’s conservatives are focusing their attention on social issues, particularly social issues meant to curb the freedom of women, who make up 51% of the population. Views about gay marriage and abortion became defining ideologies to test the mettle of potential candidates in the 2004 and 2008 elections. Today, social issues are, once again, playing bait and switch with public attention. Instead of discussing how candidates plan to revitalize and rebuild the country, conservative pundits and rabble rousers direct attention to candidates’ views about abortion (again) and even birth control, as if these opinions will save or ruin the nation.
With 98-99% of Americans having used or using contraception, it seems unfathomable that the topic would even be raised. But it makes sense (at least as a political move), when you think about the latest assaults against women’s power over themselves – the Virginia bill to require (often vaginal) ultrasounds prior to providing abortions (Virginia would join 11 other states with this requirement); Oklahoma’s 2010 law protecting doctors from getting sued if they lie to their patients about the results of prenatal testing (presumably to protect fetuses from mothers who would abort them); the dozens of “informed consent” and “parental consent” laws nationwide making it difficult for those who need and want abortions to get them safely. All of this focus on women and their bodies takes attention away from the issues candidates don’t want you to know about, or understand. And it keeps them safely in power.
This political tactic is being wielded broadly. Take the recent attacks on Planned Parenthood, that dedicated promoter and provider of female reproductive health and choice. Not only regarding the whole Komen fiasco, but also regarding their supposed brainwashing of . . . hold onto your hats . . . Girl Scouts. Yes, you heard me! Last week, Indiana State Representative Bob Morris refused to sign a routine resolution commemorating the 100th anniversary of the Girl Scouts of the United States of America, stating that the Girl Scouts “promote homosexual lifestyles,” that almost all of the organization’s listed role models were “feminists, lesbians, or Communists,” and that they operate as the “tactical arm of Planned Parenthood.” The Girl Scouts and Planned Parenthood both denied any partnership between the two organizations, of course. And wouldn’t it be convenient to assume feminists were not only all lesbians, but communists? Maybe they could even be called Nazis, if Rick Santorum gets a hold of this latest “controversy.”
Girl Scouts – a national threat? I’d laugh if there wasn’t a little part of me that was worried that some people might believe it.
Of course, we must push back against these outrageous attacks, but we must also understand the bigger political picture. These attacks on women and girls are meant to divert the country’s attention and to keep the country’s power solidly in the hands of the elite. As if controlling women and girls were the answer to controlling the world, to controlling inequity, to controlling rapidly-changing and unpredictable markets. Thinking logically, it is evident that the conservatives are using smoke and mirrors to divert attention away from tax reform, the recovering economy and other real issues that need addressing – and that could seriously change the status quo.
If they come out attacking, they don’t have to defend the systems of privilege and inequality that are ruining the present and the futures of millions of Americans. Framing elections with social issues may have been successful for conservatives in the past, but the recent outcries give hope to the idea that we may becoming too smart for the same old, same old.

We must continue to fight this backlash against women even as we keep our eyes on the other issues conservatives don’t want to address.
Posted by Debra at 8:49 AM 0 comments

With the latest social battle again being waged on and about women's bodies, I laughed out loud at the Saturday Night Live link being circulated on facebook and elsewhere.  Seth and Amy give a spirited and outraged reaction to the latest headline-gaining debates about reproductive health and show just how ridiculous and backward such arguments are becoming.  I mean . . . 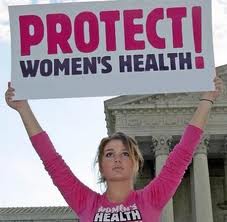 Hopefully, we'll all be able to look back on this rhetoric and laugh.  Anything else would bring me closer to tears.  Check out this Hulu link to see what I mean:  Really?!?!
Posted by Debra at 3:50 PM 0 comments 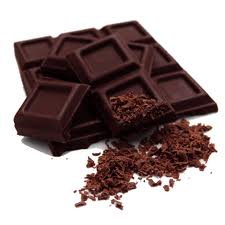 Oh, my darling 85% dark cocoa dream!  I must have you every day.  And, it seems that I am in the majority since, according to the latest chocolate manufacturer’s data, 90% of Americans say they have some chocolate almost every day.  So, the average person eats 11 ½ pounds of chocolate a year, which means that over 600,000 tons of chocolate are consumed annually throughout the world.
What about you?  Do your consumptive habits support these statistics?  If so, how do you partake?  Mini bits of chocolate chips?  Bars with nuts, caramel or coconut?  Spoonfuls of pure cocoa powder at midnight?
Posted by Debra at 7:59 AM 2 comments 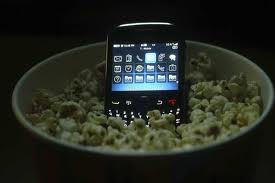 There are a myriad of bad behaviors to be seen while out on the town.  It doesn’t matter if you’re going to the theater, the ballet, the symphony, an opera or a run-of-the-mill movie – there are certain things that polite, considerate human beings just do not do.  You shouldn’t wear tall hats, yak on cell phones, argue with seatmates, hit or yell at your kids, or take up more than your share of the allotted seating.  Patrons of public performance also shouldn’t scatter trash, eat or drink loudly, heckle performers or whisper running critiques of the experience.
All of these breaches of public good manners are nothing, though, compared to the hair-raising experience of sitting behind or next to a texter.  Now, texting is certainly fine while on a bus or sitting at a hockey game, but there’s a reason there are always announcements against texting before any dimmed-light experience – texters, in effect, shine a flashlight into the faces of the people around them.
I’m proud (and maybe a little embarrassed) to say that I have become the vinegar-lipped scold to those unfortunate few who dare text near me.  I don’t hesitate to tell texters to nip it, and now.  I must have perfected my teacher-face because, so far, texters have always immediately dropped their hardware and given me a sheepish look.  They know they’re not supposed to be peeking at their phones, they have just decided to risk it and hope nobody notices.
Well, here’s a note to texters:  You’re noticed.  Of course.  When the lights are down and everyone is immersed in the hush and delight of the performance and you pull out your gadget and break everyone’s concentration . . . we notice.  We do!
So stop.
*What’s your public peeve and what, if anything, do you do about it?
﻿
Posted by Debra at 8:09 AM 0 comments