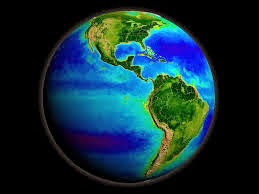 
Take care of our world.

Happy Earth Day
P.S.  In honor of the upcoming lovely weather, I am taking a break from blogging.  See you in September.
﻿
﻿

Today is the Day

Today, for you, are some of my favorite quotes about living in the moment.  Which one is your favorite?


2.  “Write it on your heart that every day is the best day in the year.”
― Ralph Waldo Emerson
3.  “Forever is composed of nows.”
― Emily Dickinson
4.  “Happiness, not in another place but this place...not for another hour, but this hour.”
― Walt Whitman
5.  “Be present in all things and thankful for all things.”
― Maya Angelou
6.  “Life is a preparation for the future; and the best preparation for the future is to live as if there were none.”
― Albert Einstein
7.  “Learn from yesterday, live for today, look to tomorrow, rest this afternoon.”
― Charles M. Schulz, Charlie Brown's Little Book of Wisdom
8.  “You must live in the present, launch yourself on every wave, find your eternity in each moment.”
― Henry David Thoreau
9.   “Dost thou love life? Then do not squander time, for that's the stuff life is made of.”
― Benjamin Franklin
10.  “Look at everything always as though you were seeing it either for the first or last time: Thus is your time on earth filled with glory.”
― Betty Smith, A Tree Grows in Brooklyn
Posted by Debra at 7:35 AM 0 comments 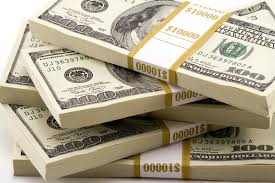 Tuesday, April 8th is Equal Pay Day – the calendar date that marks the approximate extra time the average American woman would need to earn as much as the average man did in the prior year. According to the federal government, women make an average of 77 cents for every dollar that men earn.  Women, think about everything that has happened in your life from January 1st through April 8th.  You’ve lived many a storied day, I’m sure.  Now, get your head around the fact that if you were being paid as much as men in your field, you’ve effectively been working for free these last 98 days.  Sobering thought, no?
How do these pay discrepancies happen?  Because most people don’t know what other people make.  There is a big giant cloud of secrecy regarding wages that allows employers to vary employee pay for any number of reasons, including discriminatory ones.
Enter the Obama administration.  Tomorrow, on Equal Pay Day, the president will put forth two new executive actions aimed at reducing or eliminating pay discrimination.  The first, an executive order, will prohibit federal contractors from retaliating against employees who talk about how much money they make.  The second action, a memorandum, will require federal contractors to report data to the government showing the compensation provide their employees by sex and race.
The effects of these actions?  Transparency.  We can only fight battles we know about.  And, granted, these actions only affect the approximate 1 in 5 women who work for government contractors, but are significant in that they will hopefully establish transparency among all industries and professions.  These actions don’t require listing of employee wages or true confessions during lunch meetings, but they will do away with being punished for seeking such information, and they encourage healthy comparisons.
I applaud this important step toward wage equality.  Once we can see that women in the same positions as men get paid the same wages, we can move onto to other, more slippery, realms of wage inequality, like those that financially favor occupations deemed “male” (Math/Science professor) over very similar occupations deemed “female” (Humanities professor).  But that’s another blog for another day, yes?
Posted by Debra at 10:55 AM 0 comments

Red or Blue -- This is for you 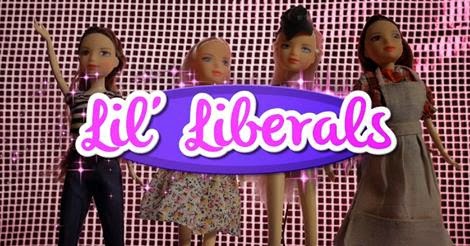 “Lil’ Liberals” is the latest spoof video created by Remedy Pictures' Patti McCreary and her business partner Steve Utaski.  Produced to coax smiles from liberals and conservatives, alike, “Lil’ Liberals” main intent, according to the producers, is to change the focus from dolls that are measured by hair, clothes, and bling, to dolls that are measured by their opinions about social issues.  Isn’t that how we should learn to know others – by listening to their opinions and engaging in respectful dialogue together?

McCreary and Utaski acknowledge the difficulty in making this potentially polarizing video, and tried “to ride that line right down the center of the blue and red state divide.”  I think they did a good job.  Their work is a good reminder to take time to listen to what others’ think, and not to be too eager to lump everyone together under red or blue team pennants, all while challenging the social norm linking women’s worth with outward appearance.

Click this link to watch the Lil' Liberals video on vimeo.  What do you think?