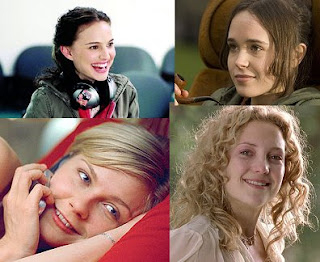 Special thanks to my rock star students, Caroline Slavin and Kate Woodward, for giving me the heads up about this wonderful YouTube video, "Feminist Frequency:  Conversations with Pop Culture."  This particular video has garnered almost 100,000 hits and nicely explains the media's trope of the "Manic Pixie Dream Girl."

Take a peek at this fascinating explanation about the preponderance of women characters written to "fix lonely sad men so they (the lonely, sad men) can fix the world."  Of course, as this video so aptly points out, women are not just muses -- frankly, never were -- but are their own selves, with passion, ideas, problems, ambition and life journeys of their own.

Enjoy this clip, then pass it along:  Manic Pixie Dream Girls 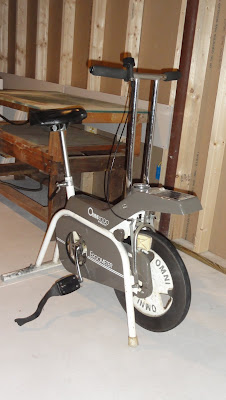 This contraption may not look like much, but I've probably ridden around the world on it -- if you only count miles, that is.  Not to give any indication of my rapidly escalating age, but let it be known that I've owned this exercise bike, and have used it faithfully, for well over two decades.  That's a lot of newspapers, magazines, textbooks and novels I've read while pumping the manual pedals and adjusting the tension with the little knob attached to the handlebars -- not to mention a few calories burned.

I'm a firm believer that regular exercise keeps one somewhat, well, firm.  Imagine my dismay when my trusty bike could no longer be trusted to hold the seat in place, meaning the seat would randomly crash down to knee level (ouch).  All said, my baby was begging for retirement.  I couldn't bear to give it away, let alone throw it away, until I was certain that the new-fangled plug-in model I bought to replace it would perform satisfactorily.

It's been a year.  The new bike has given me no grief.  So, with this blog, my old bike will finally rest in peace . . . unless someone wants it for the parts!﻿
Posted by Debra at 3:19 PM 2 comments 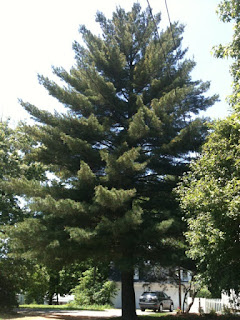 When we leave our Missouri home to head north to our Wisconsin home, we don't worry -- our house is in very good hands.  The house is 133 years old and is guarded by two stately pines.  The trees flank the house to the north and the south.  To the left is the south tree.  Notice how tiny our car is parked underneath it.  The north tree is pictured below.  Both trees are a comforting presence and perfume the yard with their piney scents.  How old are the trees?  They've never given us a straight answer when asked, but they have certainly seen a few years.  It's amazing to imagine what these trees have been through and how many people they've kept company over the decades.  The only thing we know for sure is that they peek at each other over our roof and surround us with their good energy. 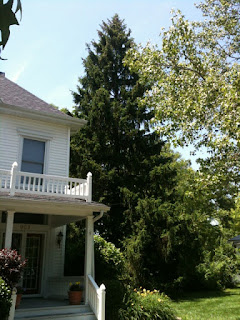 Virtual stroll through our Missouri gardens 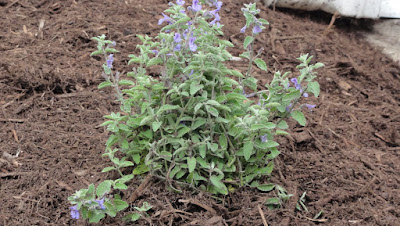 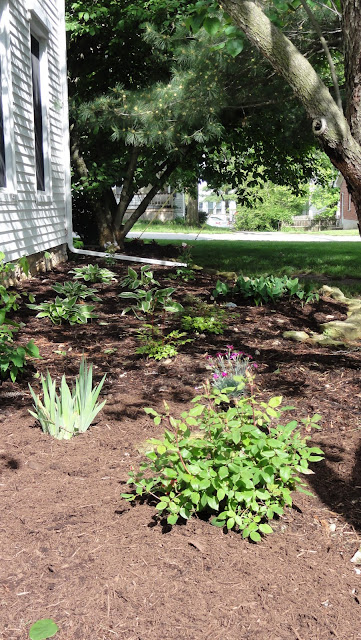 I hope you will take a little break among our springtime plants . . . 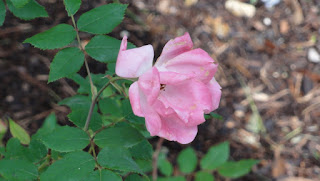 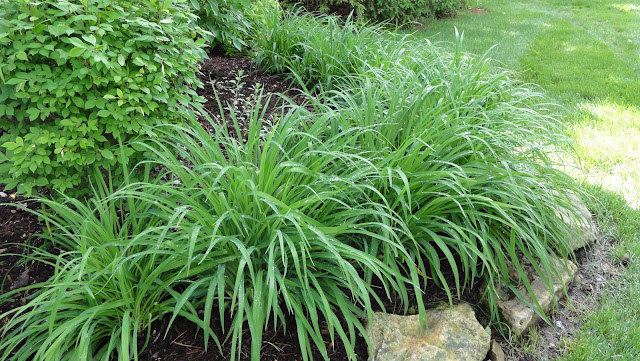 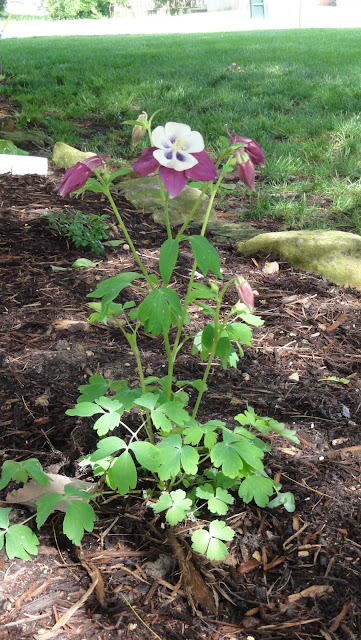 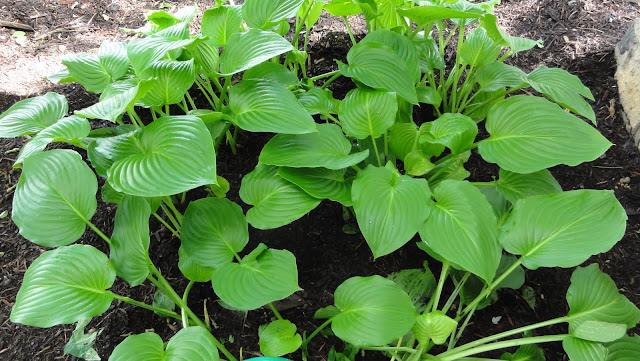 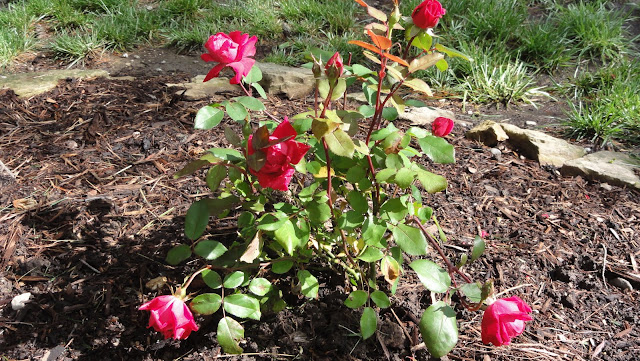 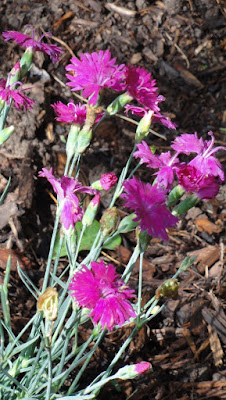 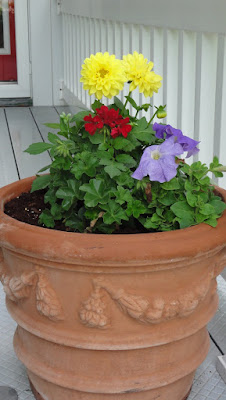 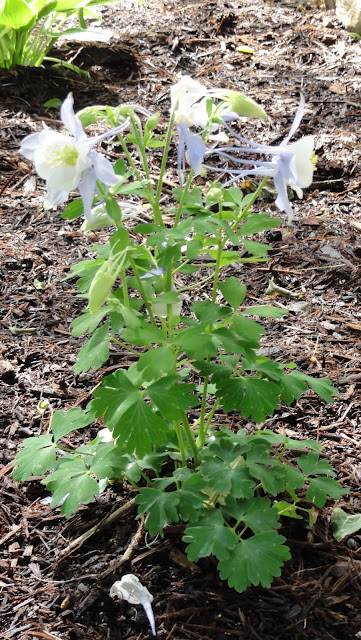 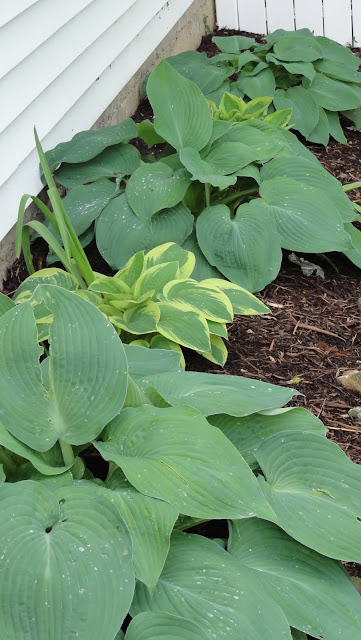 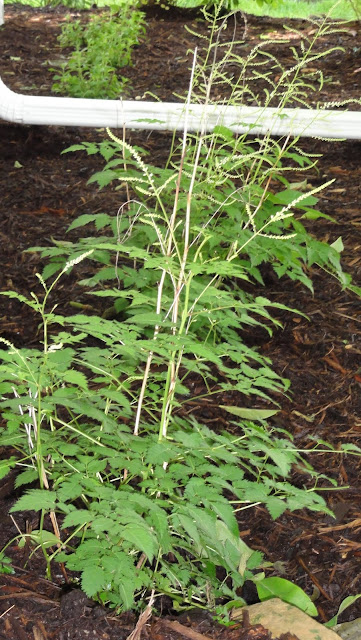 And enjoy your virtual nature walk!