Don’t you just love Julianne Moore?  Her portrayal of an Alzheimer’s sufferer in *Still Alice not only won her the best actress Oscar, but helped millions of people better understand this devastating disease and its effect on countless families. Many of us are watching or have watched loved ones wrestle with Alzheimer’s and know the pain and frustration involved in the sad process. In the film, Moore’s character, a superstar linguistic professor, delivers a talk about her experience with early-onset Alzheimer’s – particularly devastating to someone whose identity was wrapped up tightly with her brain’s ability to function. In the talk she says, “I’m not suffering. I’m struggling . . . struggling to be a part of things, to stay connected to whom I was once.”  To me, that line best seems to sum up the experience of Alzheimer’s patients and offers a clue about how we can more compassionately begin to understand the disease from the inside. Struggling to be a part of things, to stay connected to oneself. It’s all any of us really wants, isn’t it?  That, and others’ compassion when we’re a little “off.”  So, today, I join many of you in raising my glass in a lusty toast to Julianne Moore and everyone involved in Still Alice for shining such an insightful light onto this relevant issue. Cheers! And, Julianne, if you’re reading this (HA), congratulations from one of your many fans. 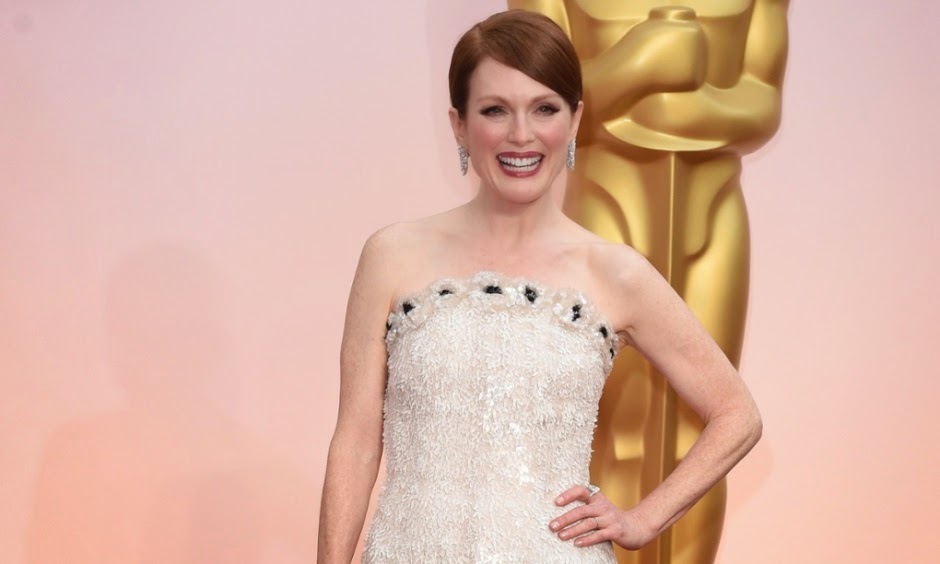 *Still Alice was directed by Richard Glatzer and Wash Westmoreland is based on the bestselling novel by Lisa Genova. 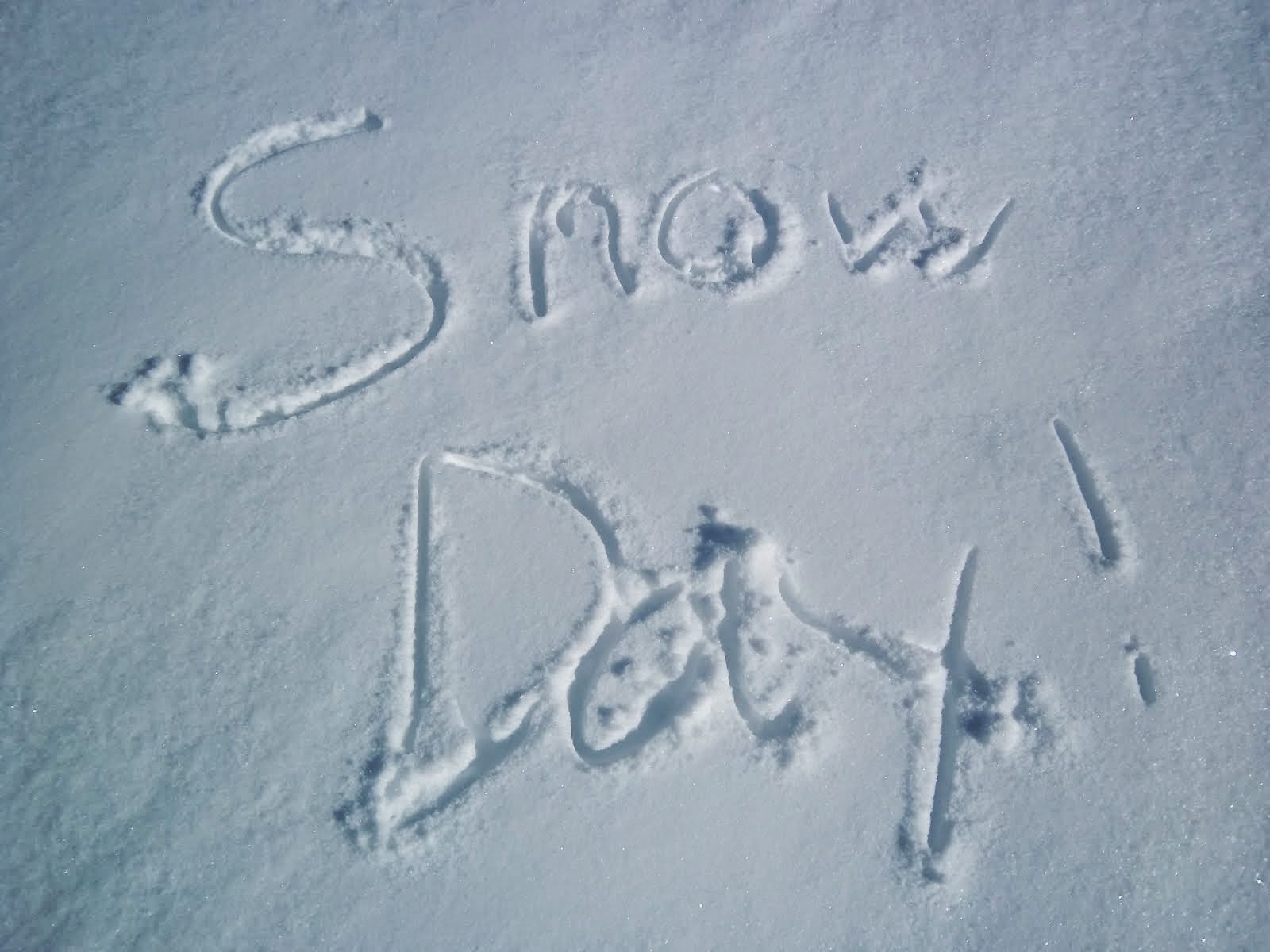 It's a snow day here in Missouri!

There's something about snow days that bring out the kid in everyone -- a "free" day to spend shoveling, cooking, eating, playing.  Even though I've shared this beauty before, I must share it again.  Former U.S. Poet Laureate Billy Collins nails the essence of a snow day in his poem bearing the same title.  Enjoy!

Snow Day
By Billy Collins
Today we woke up to a revolution of snow,
its white flag waving over everything,
the landscape vanished,
not a single mouse to punctuate the blankness,
and beyond these windows

You know how it goes – you’re researching legitimate things (in my case, a mini fridge that would be suitable for my office) and end up bamboozled by something else (in my case, this jaw-dropping über-cool {pun intended} French-door Refrigerator/Freezer. 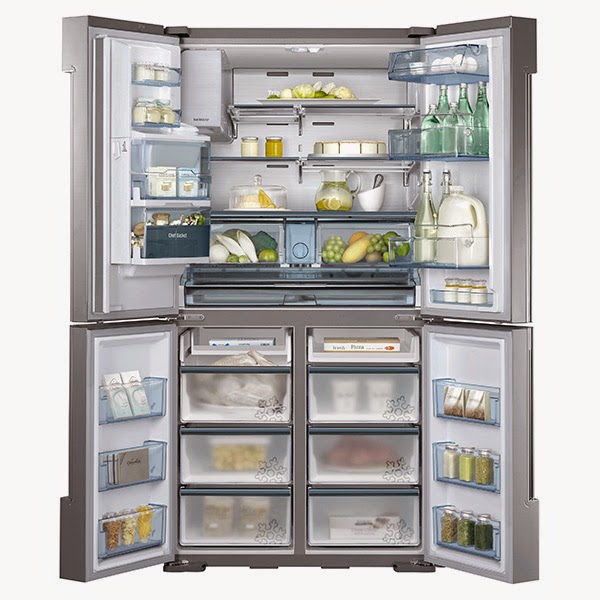 Let’s just dream for a second. This baby, from the Samsung Chef Collection, sports 34 cubic feet of storage space. That means it can hold (hold onto your hat) 34 bags worth of groceries. It has an LED display on the door that lets you know the temperature inside, is lined with stainless steel panels to lock in the cold, offers zoned temperature and humidity control, and can produce chilled still or sparkling water at the touch of a button.

Yada yada you say. And, I agree. There are many lovely-such cool boxes in the world. But, take a look at that freezer down there. Yes, lookie! The French-door freezer has six drawers and six shelves, which, to my mind, makes me inclined to let the refrigerator tag along, if I were in the market for a new refrigerator/freezer (and not just an office-sized number). Such organizational potential! I can almost see my little containers of frozen pesto, frozen stock, and frozen pie crusts neatly arranged and cataloged. But, I really do not need a new refrigerator/freezer and have no intention of buying one anytime soon. But, I do wonder, friends, if any of you have such a freezer? And, if so, is it as cool as I think it would be?
Posted by Debra at 1:48 PM 2 comments

Is handwriting the new educational dinosaur?  Finland seems to think so.  As of 2016, in a nod, apparently, to the age of keyboarding, handwriting will no longer be taught in Finnish schools.  Is handwriting important?  Do children need to learn it?  Take a peek at this fascinating (and short) article (click here) by Misty Adoniou about the history, methods and madness of handwriting and handwriting education.  Whether you're a leftie, a bottom-to-top letter-former, or an ALL-CAPS sort, you'll now have conversational fodder for anyone who points a judgmental pencil at you.  Or will you?